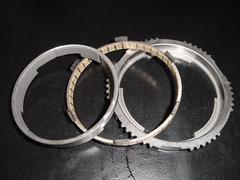 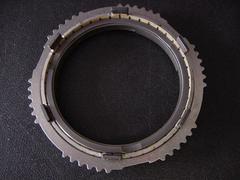 The synchros found in the V160 are very well engineered, but can use some improvement, which we perform here and Jacks Transmissions.

As you go up the gears, the synchro has more leverage and can work more efficiently.  This is why you see bigger and more layers to a synchro on the lower gears, and see them get smaller as you go up.

When we say single, double or triple synchro, we are referring to the number of friction ring surfaces found in the synchro assembly.  Obviously the more friction surfaces, the better it will synchronize the gear.  It's like the brakes on your car.  You have the big ones up front which take the most abuse, while the smaller ones are in the rear as they don't have to work as hard.  Same applies to the manual transmission.

We like to replace the synchro assembly with the latest revision from Getrag.  The later revision gives you a smoother shift and can grab the gear to synchronize it faster.

Note that a synchro rings job is to speed up or slow down the input shaft and clutch disk to match the speed of the next gear.  When the synchro is healthy, it will match the revolutions of the gear efficiently and engage without issue.  If the synchro is weak, the sleeve will slip past the ring too early and crash into the gear engagement teeth (grinding).  This is why it is terribly important to know that your clutch is healthy and not dragging.  A dragging clutch will over-work and kill a synchro in short time. No matter what the revision, detail or material, a synchro will die quickly if the clutch is not letting go while you shift.

The pictures below are of an old revision of a synchro friction ring on the RIGHT and newer revision on the LEFT.  Note the large oil channels on the newer revision for better performance.  The faster you can squeeze the oil away and create friction, the faster the shift: 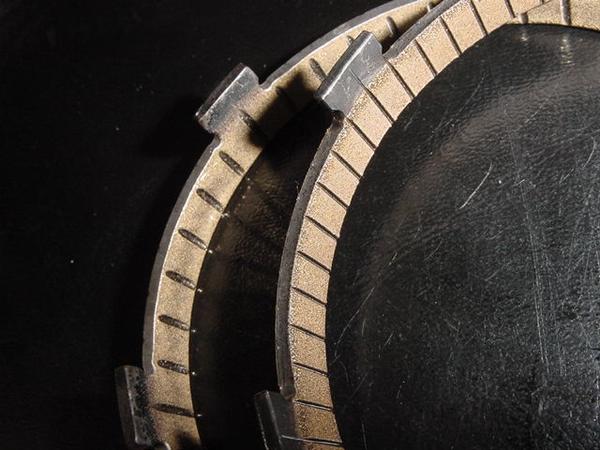 The reverse gear synchro is the one which will get upset the most if you have a clutch drag issue.  It is so small that it can fit inside the 6th gear single synchro ring making it by far the smallest and hardest working synchro ring in the V160.  If your reverse gear is hard to shift into, check your clutch. 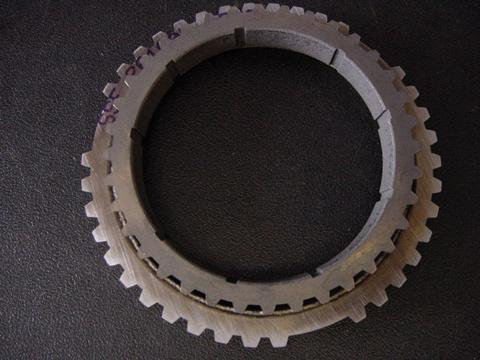 Pictures below of a wiped out friction ring.  This is a common sight for those which do not address clutch drag issues and continue to force a trans into gear when it is telling you there is a problem: 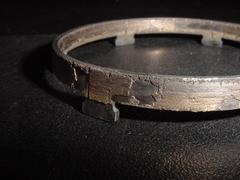 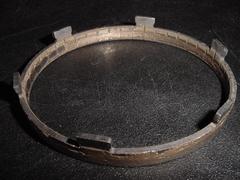 Picture below of an over-stressed and broken 3rd or 4th gear inner ring. 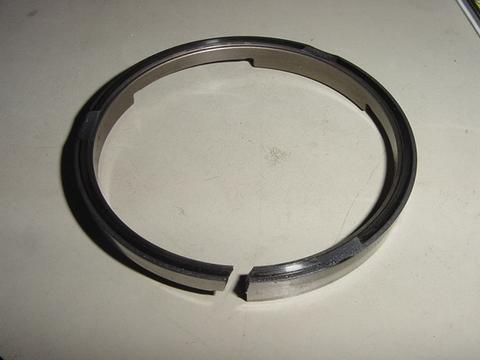