After working on a few of these we decided to put some info up about the mostly unknown EVOX 5-speed trans. The question we had with the EVOX trans was- did Mitsubishi correct the problems that plagued the EVO 8-9 5-speed? The answer is YES! Mitsubishi not only drastically improved the synchros performance, but they added tapered bearings to the input shaft and Torrington bearings to the 1st and 3rd gear thrust surfaces! We are very impressed with this unit and believe this trans is by far the best engineered by Mits ever for the EVO!

Breaking it all down:

In the EVO 8-9 the 1st and 2nd gear synchros were triple synchro and a beautiful piece! The EVOX has the same synchro, but they made the teeth on the outer ring a little shorter to allow the slider to put pressure on the thick end of the teeth which will allow for more wear and longer life. This was done to all of the synchro rings 1-5th. Pic below of an 8-9 1-2 ring on the right, and EVOX on the left. 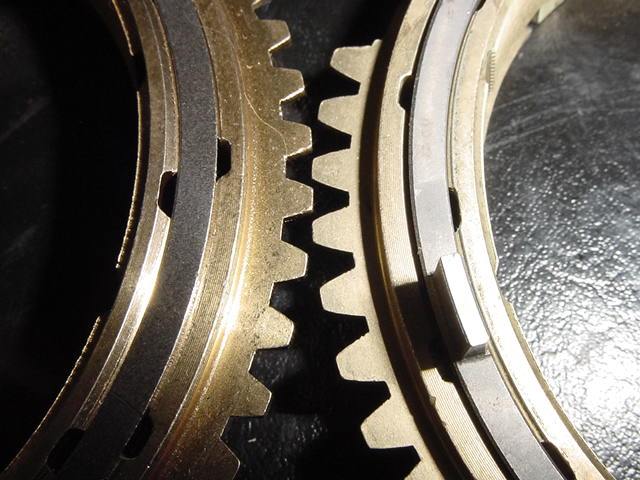 Another improvement we see is to the slider keys. The X uses ball and spring preload springs instead of the wire the 8-9 units had. The wire would stretch over time and wear to the point that it could jam in the slider preventing the driver from the ability to engage that gear. The new ball and spring design makes for a smoother shift and these will never wear out! Pic below of the new EVOX ball and spring assembly with the 8-9 ring around it: 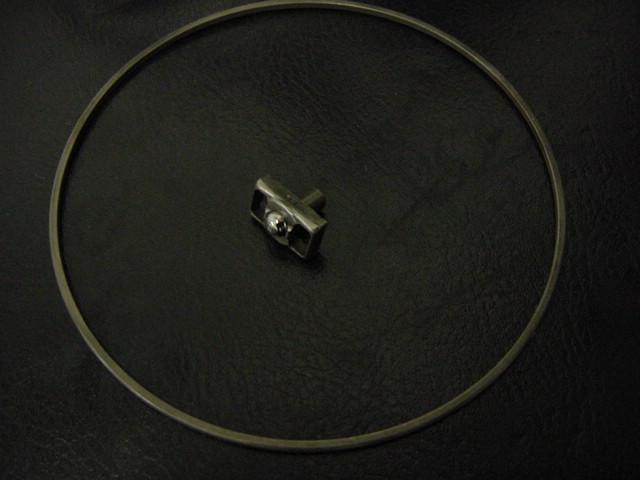 If that wasn’t enough, Mits now added Torrington bearings as thrust surfaces for 1st and 3rd gear. This will solve the thrust wear issues you see on higher mileage units and it also makes the assembly more efficient! IOW, this improves shift quality, and thrust life. Pic below of the Torrington bearing on each end of 3rd gear: 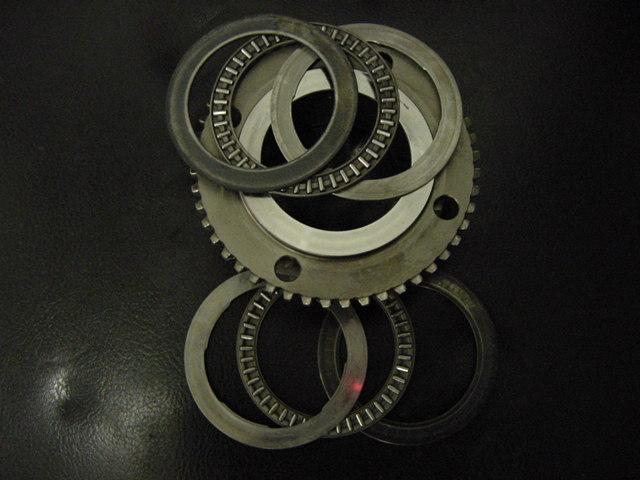 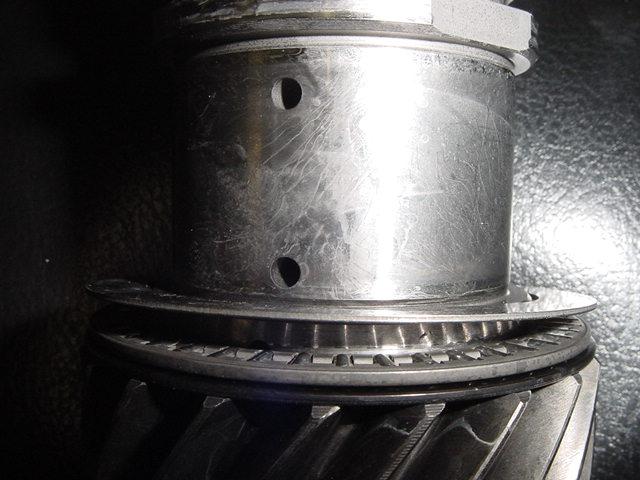 3rd gear in the 8-9 units had some lubrication issues, but Mits added more oil holes to the input shaft and more oil channels through the 3rd gear hub to lubricate and cool the 3rd gear synchro more for longer life: 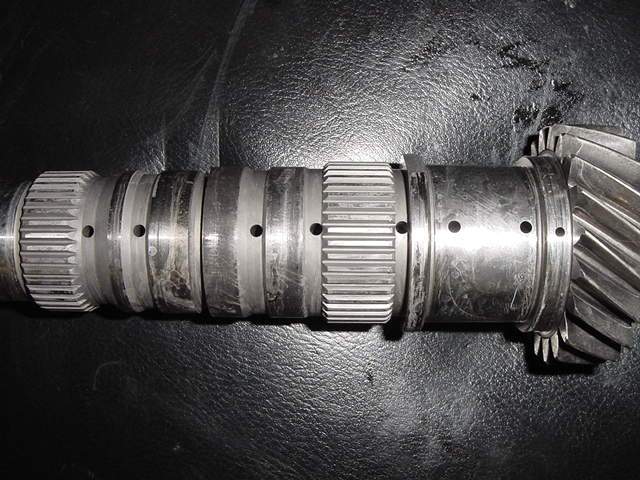 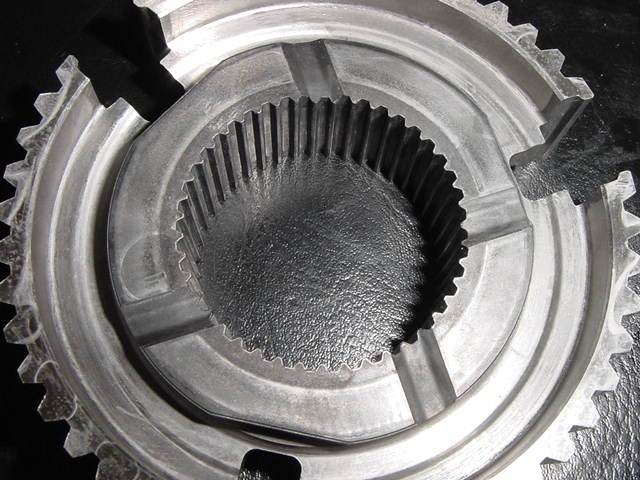 The EVO 8-9 units have a single synchro 4th gear. If that wasn’t bad enough, they were also on the small side. Mits engineered a nice large double synchro to 4th gear eliminating all of the previous synchro issues the 8-9 had. 8-9 on the left, X on the right: 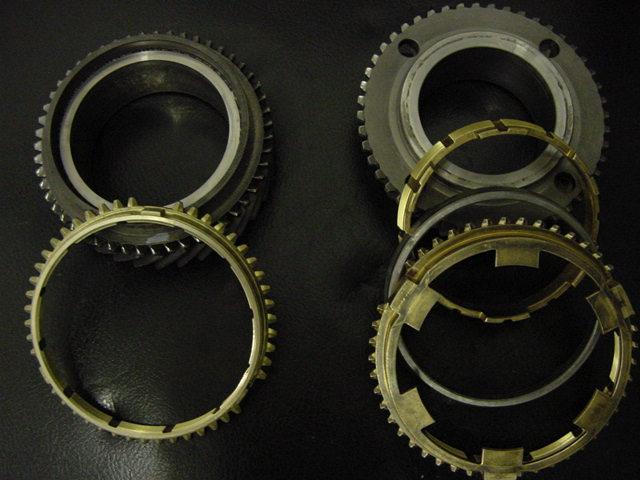 Same deal with 5th. The 5th gear synchro was a tiny single synchro with a high failure rate. The new 5th gear was moved over to the input shaft side of the trans (where there was more room for a bigger synchro) and not only did they make the synchro huge in the X, but they also installed a double synchro! 8-9 on left, X on right: 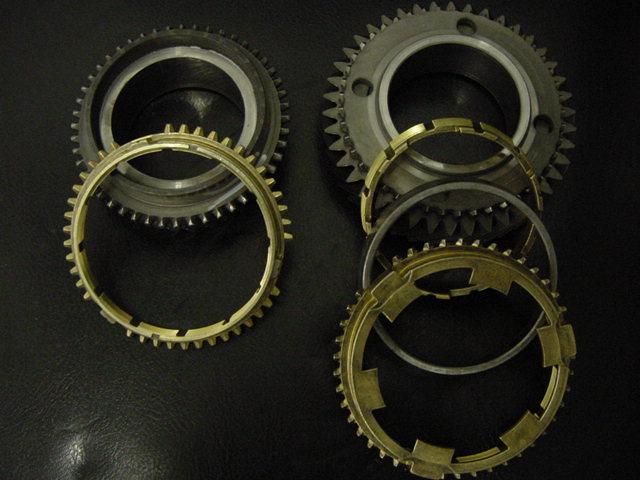 The reverse gear synchro assembly is no longer on the output shaft, but its own assembly as a 3rd cluster to the side of the unit integrated to the idler gear. This looks to be a better assembly over the previous design as well as this way the synchro can work more efficiently as a brake in the idler than on the heavy output shaft. IOW, the gearing in the idler makes the synchro do its job better. This adds a little more complexity to the trans, but well worth it. 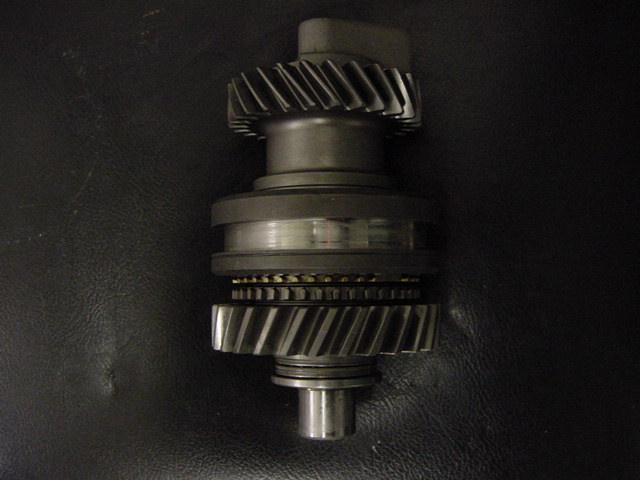 Shift rails in the X are also improved. They now have their own ball bearings in the holes to allow for smoother operation. X in first pic, 8-9 in second: 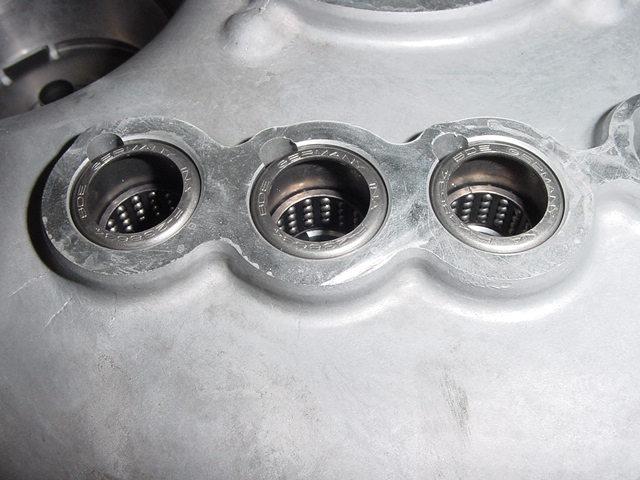 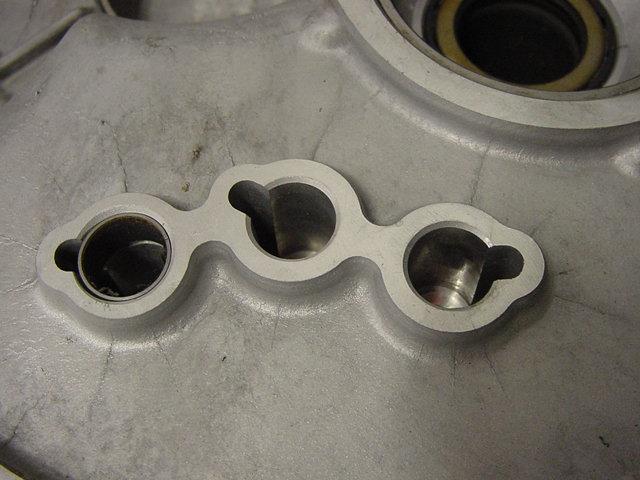 The input shaft in the 8-9 had ball bearing style end bearings which had reliability issues. To fix this, we made our own bearings that were tapered roller- click HERE

We now see Mits did the exact same thing to the EVOX trans! Great minds think alike!! Their tapered roller bearings obviously fixed all of the old issues involving the ball bearings. Pic of X input tapered roller below. Looks very similar to our 8-9 upgrade doesn’t it? 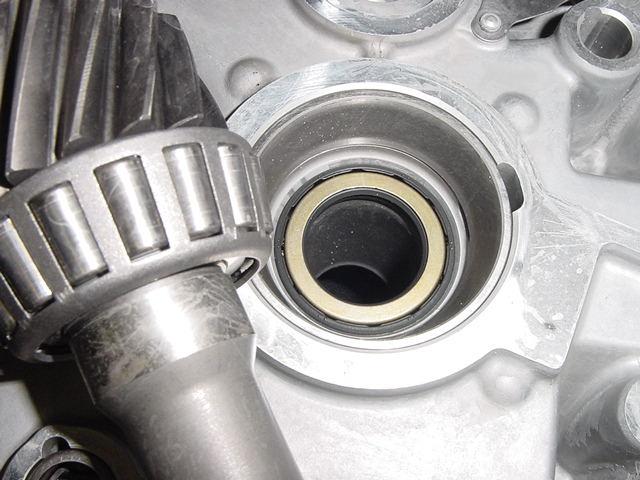 It appears Mits did a lot to improve on the 8-9 with the X unit, but the X also has some problems. The center diff spider gear locking pins have an issue of breaking, and the gear shafts will work their way loose and through your case causing a lot of damage. All of our X rebuilds include a fix to the center diff so you never have to worry about it again. If your center diff had this failure and damaged the trans case don’t give up on the unit and spend a fortune on a new one! We have the ability to repair most case damage here with our equipment, and if we can’t, we can get any part needed for your trans, so your unit is repairable! Please email us at This email address is being protected from spambots. You need JavaScript enabled to view it.

Most people are only replacing the pins when repairing/upgrading your X center diff.  This will not work!  The reason the diff pins fail is due to a lubrication issue.  The gears don't have enough oil, so they seize to the shafts which break the pins as the twisting force applied to the pins is more than they can eventually take.  Basically, the seized gear will twist the locking pin right off the shaft.  Upgraded pins will delay the failure of the shafts working their way through your case, but WILL NOT solve the lubrication issue.  What we do is tear the whole center diff down.  We modify the shafts to allow for more oil, we upgrade the pins for added insurance, and we then add scoops to the center diff housing to force more oil inside the assembly.  The way the assembly is designed is flawed in that the faster you drive your car the less oil is able to get inside.  Our scoops will force more oil in the assembly the faster you go and it works!  Some info HERE on how we do it (the link is of what we do to a DSM center diff, but it also has the same issue and your X center will get the same treatment)  If that wasn't enough, there's more!  We also modify the sun gear pins so they can float in the housing.  This modification, along with the scoops, is the major difference between our center diff rebuilds and what everyone else does.  Have the piece of mind that your diff will live forever with our modifications and never give you an issue again!  We offer a lifetime warranty against center diff failure due to how well our modification works!  Ask any of our competitors if they would give you a lifetime warranty on your center diff, we believe the answer to be 'NO'.

Another issue we had pop up on a recent unit here is excessive 3-4 shift fork wear. The fork wore so badly that the unit would no longer stay in 3rd gear. We added lubrication channels to the fork and so far all seems to be well.

Last issue we found is Mits is still using the same weak fork pins as the previous years. We modify these in all of our rebuilds also so you never have to worry about them backing out.

We have not seen any other issues involving the X trans. They look to be the best shifting and strongest design we have ever seen from Mits, but if abused, raced on, or not maintained they will need service like with anything else. Feel confident that Jacks Transmissions has the knowledge and equipemt to do it right with all of the latest updates to make a unit that is better than new when you recieve the unit back from us!

Thanks for reading! If you have any questions please feel free to email us at This email address is being protected from spambots. You need JavaScript enabled to view it.